Expectations of the size evolution of massive galaxies at 3&ltz&lt6 from the TNG50 simulation: the CEERS/JWST view

From naked spheroids to disky galaxies: how do massive disk galaxies shape their morphology?

A duality in the origin of bulges and spheroidal galaxies

A few StePS forward in unveiling the complexity of galaxy evolution: light-weighted stellar ages of intermediate-redshift galaxies with WEAVE

On the observational diagnostics to separate classical and disk-like bulges

The intrinsic shape of bulges in the CALIFA survey

My investigation focuses on unveiling the assembly history of the different morphological components of galaxies: stellar bulges, disks, and bars.

Ωrigin of the Morphological Evolution of GAlaxies 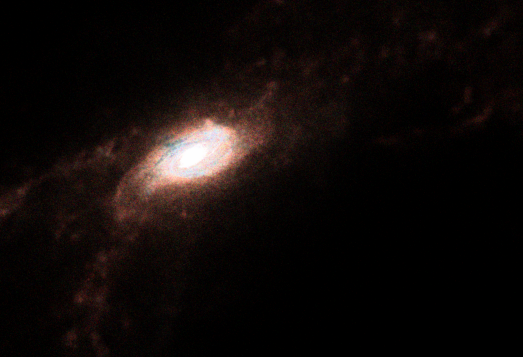 This project provides a catalog of high-redshift galaxies taken from the Illustris TNG50 simulation. Synthetic images were created with the SKIRT radiative transfer code (v9.0), including the effects of dust attenuation and scattering. Galaxies are observed (imaging mode) with the NIRCam instrument mounted on the James Webb Space Telescope. The mirage tool (v2.2.1) was used to simulated imaging data which have the NIRCam instrumental noise effects and the CEERS observing strategy. Data simulated with mirage were run through the JWST pipeline (v1.4.6), mimicking the data calibration strategy to be used for in-flight data.

Extracted from Costantin et al. (2021, 2022). In this work, I found that the majority of massive galaxies (~85%) build inside-out, growing their extended stellar disk around the central spheroid. The peak of the formation of bulges occurred at z=1.6, with a first population building half of their mass as early as 0.9 Gyr after the Big Bang (z=6.2) and a second wave peaking 3.8 Gyr later (z=1.3). In contrast, the disks in these galaxies typically formed at z=1. The results of this work allow extending to late-type galaxies the two-phase paradigm valid for early-type galaxies. Massive disk galaxies can host a compact core (first-wave bulge), which went through a blue and red-nugget phase and grew an extended stellar disk at later times.

Bulgeless Evolution And the Rise of Disks

Extracted from Costantin et al. (2020). In this work, I reported new observations of small bulges showing that they follow the mass-velocity dispersion relation expected for virialized systems. Contrary to previous claims, small bulges bridge the gap between massive elliptical galaxies and globular clusters. These results lead us to hypothesize that these small bulges are actually the low-mass descendants of compact objects observed at high redshift, also known as red nuggets, which are consistently produced in cosmological ΛCDM simulations. Therefore, this also suggests that the established coevolution of supermassive black holes and large bulges naturally extends to spheroids in the low-mass regime.

Extracted from Costantin et al. (2019). In this work, I tested StePS expected performances using realistic simulations at different redshifts and signal-to-noise ratios. I proposed that the difference between r-band and u-band light-weighted ages is a simple, robust, and meaningful physical parameter that can be used to trace the coexistence of widely diverse stellar components: younger stellar populations superimposed on the bulk of older ones. The main novelty is the use of ultraviolet indices together with more classic optical ones in the context of a full Bayesian analysis to infer simple but meaningful physical properties of past SFH of galaxies, the so-called archaeological approach.